From 20 February 2021, P&I cover in respect of fines for smuggling and breach of customs regulations is amended. It is no longer provided as of right, but only on a discretionary basis.

Organised crime controls large scale smuggling which is increasingly targeting global supply chains and shipping in particular. Authorities are imposing increased levels of fines on shipowners whose ships are found to be involved. Parts of the fines are intended to maximise collective efforts to increase security and prevent smuggling. In most cases, shipowners have no knowledge of or are not involved in the smuggling activities. However, the authorities may accuse and fine them for failing to take adequate preventive measures. In some jurisdictions, the accused must remain in prison for the duration of the pre-trial and trial detention, even if ostensibly innocent. 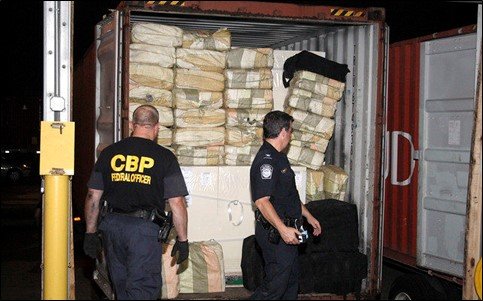 A member can seek reimbursement from the club by proving that they had taken all steps to prevent the smuggling event. This involves detailed scrutiny of the circumstances of the offence and an assessment of the policies and procedures in place. There will be no recovery in the event of any personal act, default or willful misconduct.

Note: Always exercise due diligence to take preventive and deterrent steps to mitigate the risks of smuggling and breaches of customs regulations. It helps when dealing with discretionary claims like this.

Uptrend in Drug Smuggling on Bulk Carriers out of Brazil

Warning: The consequences of drugs smuggling can be severe for both the shipowners and crew.


There are reports of a surge of drug smuggling incidents particularly on bulk carriers sailing out of Brazil. Even though Brazil is not a significant producer of the stimulant drug, it is the second largest consumer. It shares extensive unguarded land borders with the three drug producing countries. These countries use Brazilian ports to smuggle drugs into Europe, Africa and Asia.

Take above-mentioned preventive measures when calling any ports that are susceptible to drug trafficking.

There are several reports of ships arrests in Nigeria following findings of drugs during cargo operations. In most cases, the arrested ships had called Brazilian ports immediately before coming to Nigeria. In many cases, drugs were found within the cargo holds.

Significant delays can result from the investigation proceedings initiated by the local authorities. This may lead to loss of hire and potentially other consequential claims from cargo interests or the terminals. The ship and crew members may also be detained by the authorities, sometimes for an undefined period.

Crew members may be kept ashore for interrogation or imprisoned if authorities suspect their involvement in drug trafficking. A substantial fine may also be imposed and / or the ship may be arrested unless satisfactory security is provided. Ship’s crew must co-operate fully with investigating authorities and contact their P&I club representative for assistance.