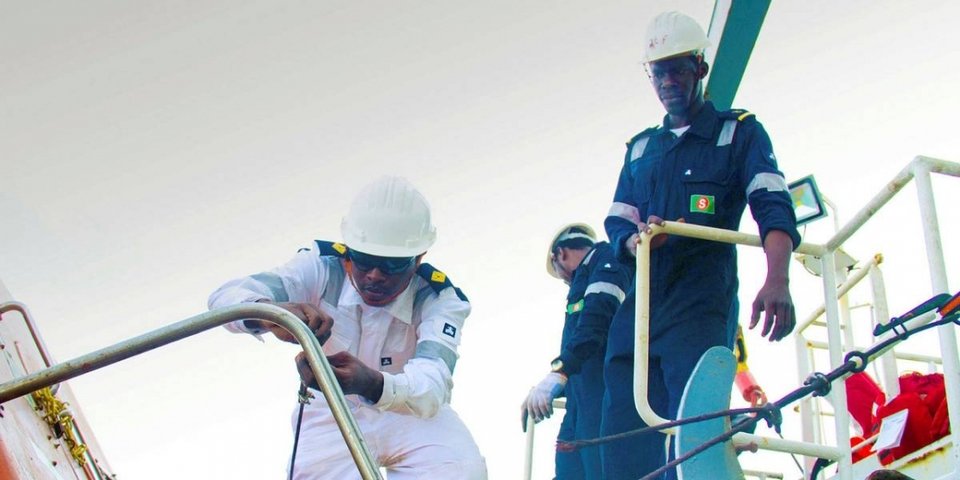 The German Group is investing in the continent to provide a new source of mariners.

The nations that provide the world’s seafarers cannot be relied on to do so forever, says Ian Beveridge, Schulte Group CEO.

So where will the seafarers of the 21st century come from? “Africa seems the most promising for our future seafarer needs,” he says.

Beveridge points to the demographics. Over the next 30 years, the continent’s working-age population is expected to increase by 900 million. But the national economies are not generating enough jobs, so there should be a big surplus of young people who may want to go to sea.

That contrasts with the populations of traditional seafaring nations such as Poland, Russia and Ukraine. Even China, which is the third-biggest crew provider for the Schulte fleet, is expected to see its working-age population shrink by 200 million people, depleting the pool of people who want a maritime career.

The Indian market will compete with a growing variety of onshore jobs, while over-demand for Filipino seafarers means the quality of training is declining.

So, the Schulte Group is taking a leap of faith: it is pioneering a project to train and recruit seafarers in West Africa. The company made a first foray into the market there several years ago, opening an office in Sierra Leone to provide crew to BP.

The Ebola crisis put paid to any hopes of developing that project and caused a search for an alternative from which to source crew. That led Schulte to home in on another West African country, Ghana.

The company began experimenting with Ghanaian crews in 2012, when it placed 16 cadets on a training vessel.

“They mastered it very well. It was a good start and we continued,” says Eva Rodriguez, BSM’s Corporate Director, Fleet Personnel, who follows the project in Africa as part of her oversight of crew strategy for the company’s managed fleet of 18,000 seafarers.

The project was expanded and today employs 370 seafarers, mostly Ghanaians, but also from Nigeria, Cameroon, the Gambia and Sierra Leone. That will increase to 1,000 by 2025, due to further investments that the Schulte Group is making in Ghana.

To reach that level, it will confront frustrations ranging from the slow pace of African bureaucracy to poor educational levels. Such factors have put other shipping companies off investing there.

“Africa is still regarded as an unstable place to invest,” Rodriguez acknowledges. “That is the main reason for relying more on traditional sources than exploring something new.”

“It’s not easy to do business there,” Beveridge adds. “It’s a different world, the rules are different.”

Get it right, though, and the rewards could be significant. “Africa presents huge potential,” says Rodriguez, arguing that the shipping industry has acted “like locusts” for its crewing needs, moving from country to country.

“We all jump on one source, and then we move on. So, we tried to find a source where we are the first one. We have a possibility to set up and offer future careers and development possibilities to the younger generation.”

Ghana, with its population of around 30 million, had several attractions.

“Ghana is Anglophone, so we don’t have any problems with English, which is a huge benefit for the shipping industry,” Rodriguez says.

It is also deemed one of the safer African nations, with a stable government and an improving economy. But a key attraction for the Schulte Group was the existence of the Regional Maritime University (RMU) in the capital, Accra, with which the company has formed a partnership.

The university was established in 2007 in the premises of the old Ghana Nautical College, which was set up in 1958 to train ratings for the state-run shipping line, Black Star Line, which collapsed in the 1990s.

Since then, few African cadets have been able to find positions onboard vessels that they need to complete their training courses. After four years in the classroom, cadets have to undergo 12 months at sea before they can be awarded a Certificate of Competence that is needed to advance to officer level.

Rodriguez, who spends one-third of the year in Africa, away from Schulte’s Hamburg headquarters, says Ghanaians are showing themselves to be capable seafarers. There are no issues with alcohol or drugs, and many are devout Christians.

The African cadets who have come into the company have proved their worth: “They did well. They survived, advanced very quickly and showed a lot of enthusiasm, involvement and initiative.”

There have been hardly any cases of dismissal. And two recruits from the first batch are already on their way to becoming chief officers on the dry fleet.

That has given the Schulte Group the confidence to invest more in the Africa project. It is pushing ahead with a $4m investment in an office and a Maritime Training Centre to be built at the RMU. A ground-breaking ceremony was held in November 2017, and things are moving slowly forward.

The ground-breaking ceremony for Schulte’s $4m office and training centre at the Regional Maritime University in Accra.

There are signs that other companies may be looking to recruit African seafarers.

“We hope we will be able to service not just our international fleet needs but promote this source to other clients. It’s just convincing them with the performance,” Rodriguez says.

The Schulte Group’s move has led to an eye being cast towards neighbouring countries.

It recently signed an agreement with the Nigerian Maritime Authority and Safety Agency that could help around 4,000 seafarer students who have returned home after being unable to find cadet slots onboard vessels. Nigeria is not recognised by the wider flag-state community, so its seafarers cannot work on foreign-flag ships, but there is great potential in the cabotage trades, including offshore oil.

“The entire investment is stagnating in the country, and we are trying to help produce slots onboard our vessels for Nigerian cadets who graduated abroad,” Rodriguez says.

The involvement in Africa is part of a bigger picture that contributes to local development.

“Our prime motive for the African project is to support the Schulte business development,” Beveridge says. “But I would like to think there is a social aspect to the work. We hope we can make a contribution.”

To that end, Schulte is working with the German development agency, GIZ, which cooperates with Germany’s government to promote sustainable development.

“The training centre will cater for the needs not only of the marine industry but will also help the country to develop,” Rodriguez says.

“By improving the level of education and possibilities for younger people, especially in Africa, we help provide a more stable environment as well for us in Europe.”

No apologies for toughest of tests

Schulte Group puts its recruits through a tough selection process.

The induction process, drawn up by consultants from the Admiralty Interview Board of Britain’s Royal Navy, appraises five elements in an eight-hour assessment.

“This has been done for three years in Africa and will be applied around the world,” Eva Rodriguez says. “We put them under stress in a group to see how everyone behaves in a team and absorbs knowledge under relative time pressure.”

Of an average of 100 applicants per year, 60 cadets are shortlisted and 17 will pass the test.

Although it is tough, Ian Beveridge maintains that the process is necessary to prepare recruits for going outside Ghana and onto ships.

“A lot have never interacted with foreigners before,” he says, “so it’s also necessary to condition them for the sea life onboard, so they are a bit more resilient.”

The process also helps recruits deal with the racism that still exists on some ships. “That is improving on our vessels, but they have to be able to stand on their own two feet,” Beveridge adds.

African crews are not the only ones who have to adjust. Other nationalities in Schulte’s multinational fleet need to be prepared for the “shock” of African seafarers. Rodriguez says the problems here are not necessarily racism, but “lack of tolerance and lack of awareness”.

“When our seafarers observe the injection of a new entity or a new nationality onboard, they automatically become afraid for their own jobs,” she explains. “This creates a hostile reaction that has nothing to do with racial discrimination but has to do with self-protection.”