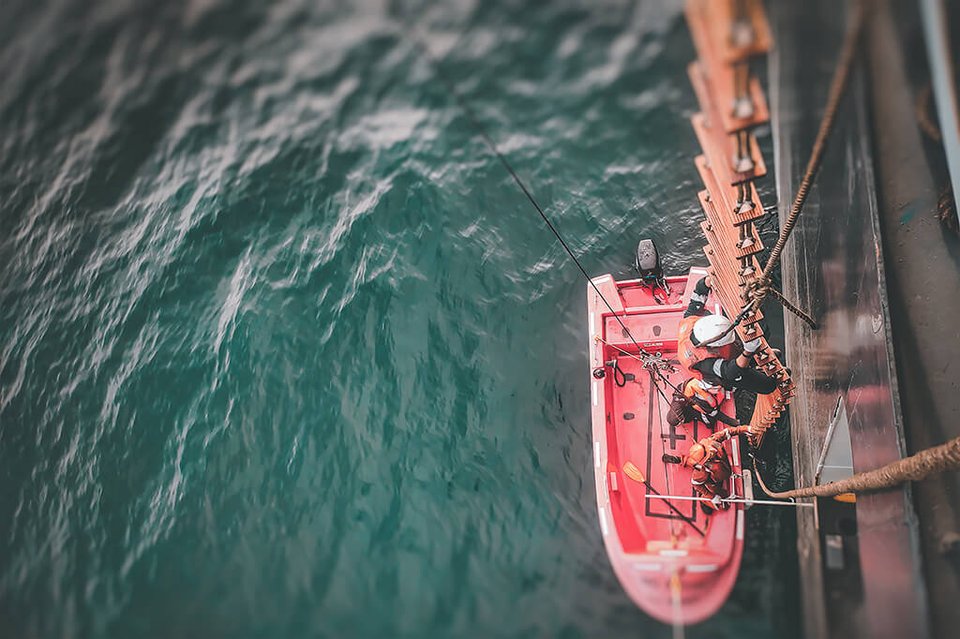 Here’s a quick glance of all navigation incidents around the world and what we can learn from them.

Most of the investigation reports conclude that “human error” is the root cause of navigation incidents. In such incidents the human error generally means lack of situational awareness, poor lookout and incompetence. In fact, the human error may well be just one of many factors contributing to the incident. Other relevant factors such as geographic areas of high incident frequency or “navigation hot spots” must also get due consideration. Another contributing factor that requires attention is ship’s behaviour.

Consider the following variables when ranking areas with high numbers of collisions and / or groundings:

The phrase “sailing days” means the number of ships multiplied by the amount of time (in days) they spend in each area. 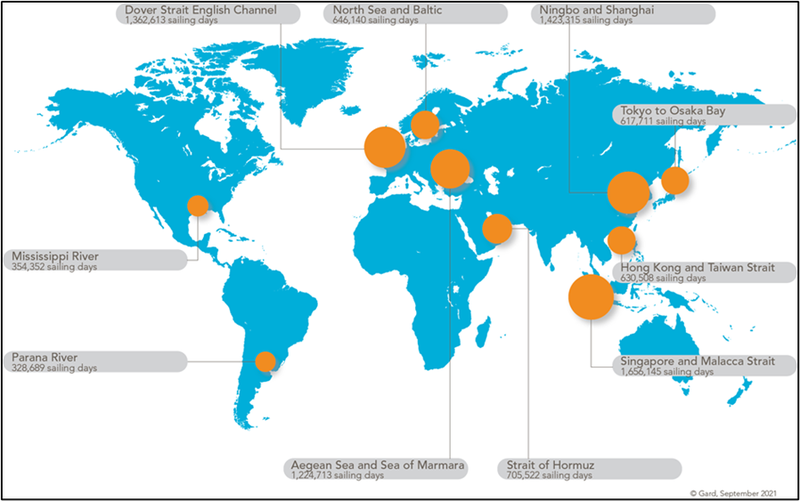 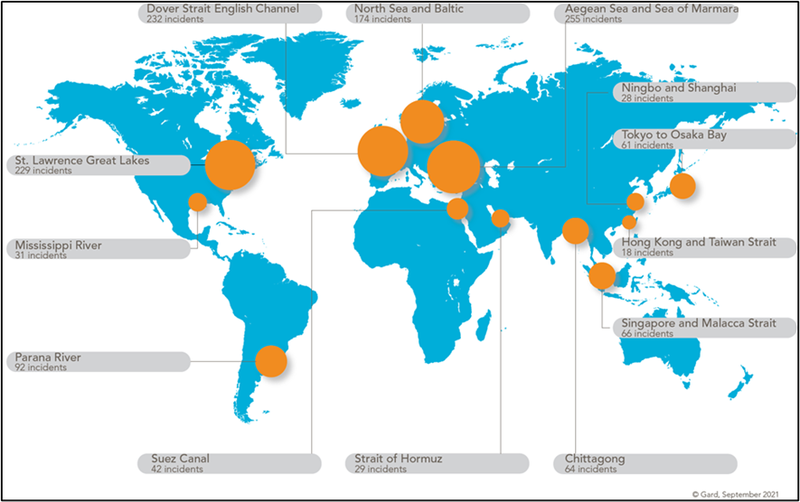 Mariners normally consider the areas of high traffic density as high risk for navigation. However, that may not always be the case. Above figures indicate that Singapore and Malacca straits see the highest traffic flows yet have a low incident rate. Similarly, Ningbo and Shanghai approaches also have a low incident rate despite some of the busiest trade flows.

From above figures it is evident that some areas are more vulnerable to groundings or collision risk. In general, ports with high traffic density which may be largely unregulated could contribute to high rates of collisions. Similarly, ports with significant annual and / or diurnal tidal variations may increase the risk of groundings. While there could be several factors responsible for high grounding incidents in ports, some prominent factors include:

The following are some of the high-risk factors for grounding incidents:

The above risk factors can give a better understanding of grounding incidents beyond the traditional approach of human error. One can also understand if there are practical control measures that can be put in place to mitigate the risk. 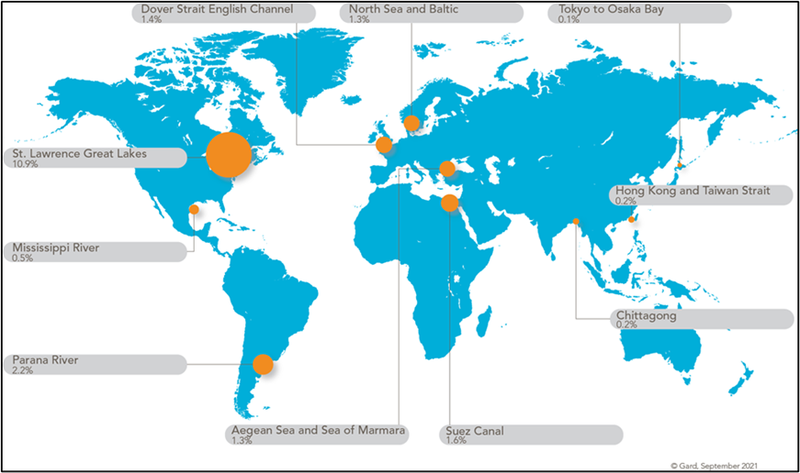 The below list highlights the risk factors that show a strong correlation with collision incidents: 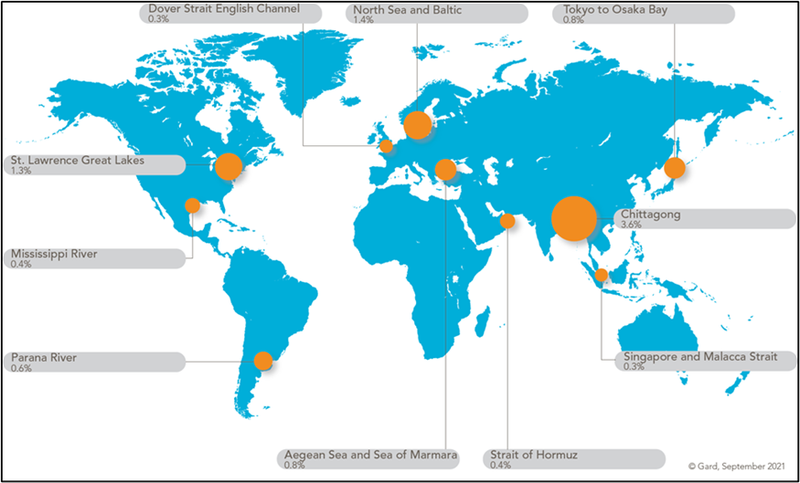