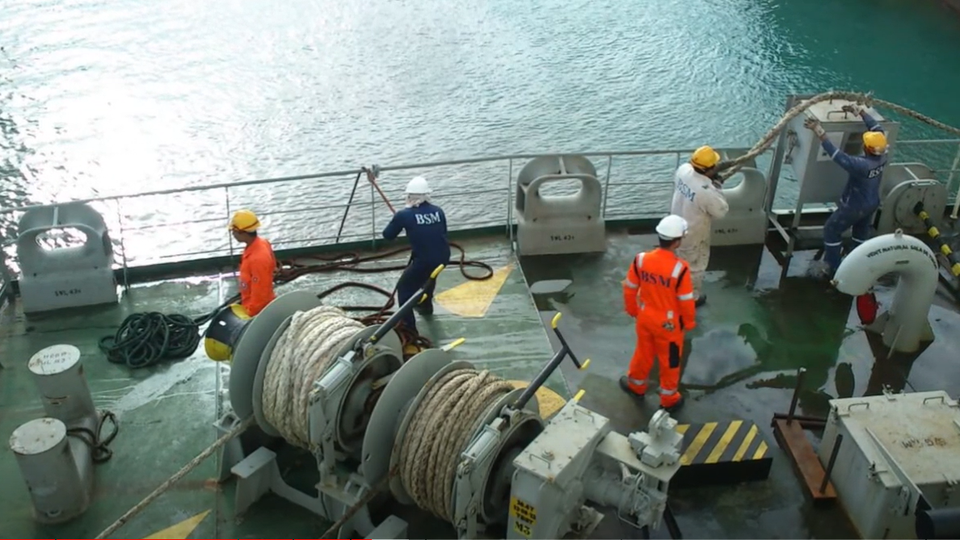 What do you do when there’s a fire on-board? Read on to find out how the crew dealt with the incident and what lessons can be gleaned from it.

On 28 May 2021, a fire broke out near the incinerator of a loaded bulk carrier. 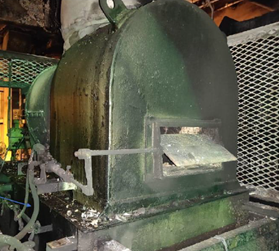 4E saw flames around this flap

The fire alarm sounded approximately 15 minutes later and all crew in the engine room saw flames and rapidly spreading thick black smoke near the incinerator.

There were delays for replacing the main engine’s sump oil and later for restoring power supply to mooring winches.

The cost of repairs by shore workshops, class attendance and engine room cleaning to remove soot came up to a total of USD$286,000.

The fire was caused by a combination of the following causes: 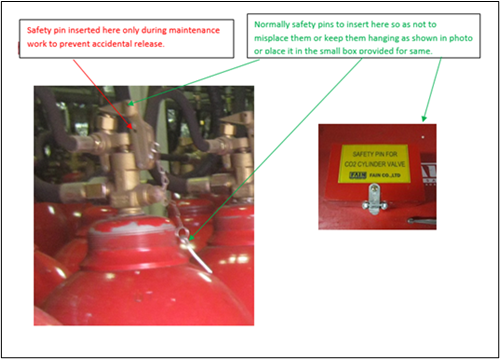 Crew must always confirm the PMS covers all required incinerator safety tests in detail and test all alarm, trips, interlocks. Seafarers must endeavour to check for oil-soaked laggings which may be painted over; if they find any such laggings, they must report it to the office and arrange to replace it at the earliest opportunity.

Ship personnel must keep all fire doors always shut and remove any arrangements to keep the doors lashed in open condition. They should conduct monthly checks to ensure the fixed fire extinguishing CO2 system’s discharge piping and pneumatic tubing are free of damage and properly connected.

In addition, conduct proper training and awareness of crew to release and operate the fixed fire extinguishing CO2 system from all locations regularly. During normal service, the safety pin to prevent unintentional release must not be in place.

Having a pilot on-board a vessel is necessary for certain maritime procedures. The ship’s officers and crew must remain alert and be ready to undertake necessary corrective action in the case of any emergency.

A chemical tanker was grounded during a piloted passage through a ship channel. The ship was in partly loaded condition and shifting with a pilot on-board.

The pilot asked for hard to starboard when port alteration was needed to bring the ship towards the middle of the channel. The bridge team immediately identified the mistake. However, the master did not override the pilot immediately. Instead, he was trying to voice his concern to the pilot and the helm correction was delayed by about a minute, resulting in the grounding.

The ship was re-floated with the help of two tugs after about 4.5 hours and brought to lay-by berth for inspection. Shortly after the grounding, the pilot showed paralytic symptoms.

The pilot’s wrong helm advice could be an indication of his illness; his paralytic symptoms were severe after the grounding, and he was hospitalized. Before the grounding, the pilot never mentioned if he was unwell.

The vessel was delayed at port and off-hire for an unspecified amount of time. There was paint damage at the ship’s bottom. Cost was incurred for re-floating the ship, underwater inspections, surveys and services.

The grounding was caused by the following factors: 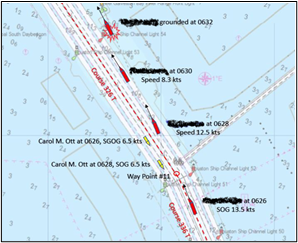 The master always remains in charge of conn despite the pilot’s presence on the bridge; the pilot is in an advisory role only (as per entry made in the bridge logbook ‘Vessel on master’s orders and Pilot’s advice’). He needs to assess maneuvering advice of the pilot and order to execute only when it is appropriate.

The bridge team members must ask questions and actively intervene if they are in doubt about any maneuvers or actions of the master or pilot. The master must not delay in executing appropriate maneuvers, which otherwise can put the ship or his crew at risk

Navigation assessment and training must focus and reiterate the importance of the master’s timely action for the safety of navigation. The Library RA for passage with pilot on board was amended to consider the risk of pilot’s incorrect advice. Crew should watch the following related VideoTel titles - Code 945 –Pilot onboard! working together, Code 1280 - Vessel resource management (Part 6) working with Pilots (Ed.2) – to serve as a refresher. Deck and engine officers who have not undergone BRM/ERM refresher in the last 2.5 years should do so.