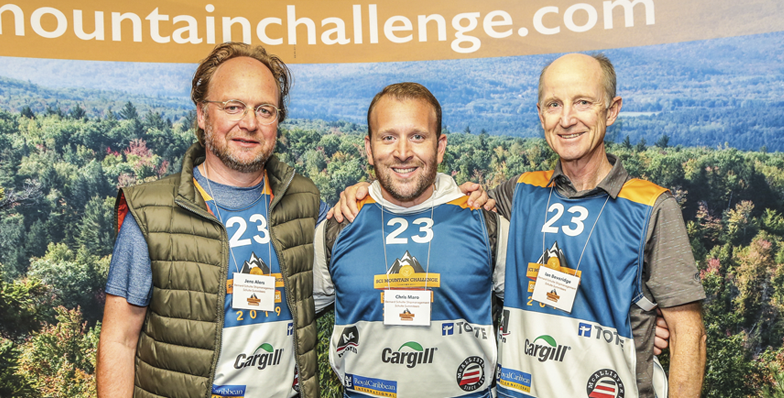 In September 2019, the fourth Seamen’s Church Institute (SCI) Mountain Challenge, a biennial fundraising event, took place. Since its inception in 2013, BSM participated at all four challenges.

During the past challenge, 55 teams covered the 25-miles-distance and 12,000 feet in elevation over the mountains of Western Maine, United States, in addition to a five-mile canoe ride on a tributary of the Androscoggin River in just over eight hours. The ‘Schulte Summiteers’, consisting of Ian Beveridge, Schulte Group CEO, and Jens Alers, Sales Representative, embarked on this challenge with the magnificent Native American summer scenery as a reward for their efforts.

All teams competing in last year’s SCI Mountain Challenge raised a total of 353,000 USD for the fantastic work the SCI is continually doing with their various programmes, serving mariners globally. The ‘Schulte Summiteers’ team contributed to that amount by raising the amount of 19,000 USD, which won them the third prize in the competition.

The fifth SCI Mountain Challenge will take place in September 2021, with no doubt that there will be a ‘Schulte Summiteer’ team hiking for glory again!