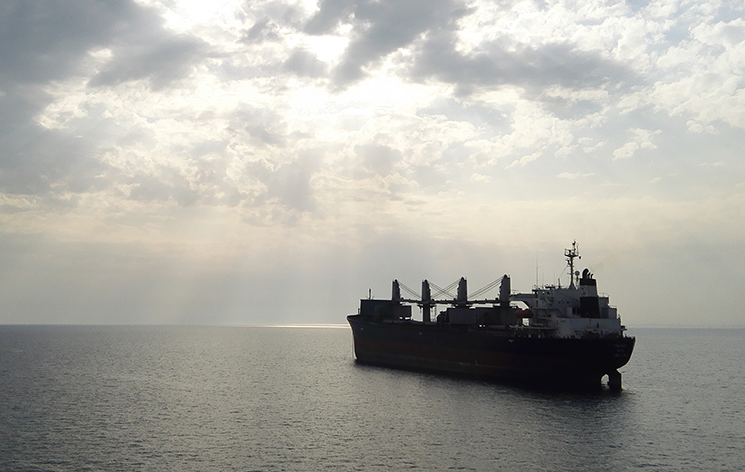 On October 27, 2016, the International Maritime Organisation (IMO) agreed that the sulphur content of fuel oils used on board ships must not exceed 0.5 percent mass by mass (m/m) globally as of January 1, 2020.

The shipping industry is no stranger to regulations on emissions control. In May 2005, vessel operators have had to control the level of sulphur oxides (SOx) produced by their fleets under Annex VI of the International Convention for the Prevention of Pollution from Ships (MARPOL).

In 2008, the IMO introduced Sulphur Emissions Control Areas (ECAS) where the global limit was set at 3.5 percent m/m and just 0.1 percent m/m in ECAS, which covers coastal areas of the Baltic Sea and North Sea, Canada and the US, including Puerto Rico and the US Virgin Islands.

The IMO 2020 rule has impacted operating models for merchant shipping, which currently handles over 90 percent of global trade through the world’s merchant fleet of around 53,000 vessels. Likewise, the rule has, and continues to impact the marine fuel supply and petroleum refining industries which need to cope with changing demand for High-Sulphur Fuel Oil (HSFO) and Very-Low-Sulphur Fuel Oil (VLSFO).

The global merchant fleet had essentially four viable options ahead of the rule implementation:

Theophanis Theophanous, Managing Director of BSM Greece, pointed out the industry was aware of what was expected from them. “All BSM customers were on top of the regulatory constraints and applicable methods for compliance, as were the extended network of Greek owners with whom we converse during meetings and industry events,” he said.

Sanjeev Sharma, Managing Director of BSM India, mentioned, “We collected information through class societies and other reliable forums to understand compliance and challenges that this new regulation presented to ship owners and managers. In addition, we conducted a risk assessment for each ship in consultation with various experts to reveal gaps which were then notified to the owners. For example, Japanese yards sometimes deliver ships without viscosity controllers in the fuel oil service system.”

According to statistics from BIMCO, VLSFO prices in Singapore, the world’s largest bunkering port, reached as high as 742 USD per metric tonne (MT) on January 6 2020, but dropped to 641 USD per MT on January 22 2020. Over the same time of period, the VLSFO-HSFO spread narrowed by 19 percent to 284 USD per MT.

While these figures indicate a hitherto stabilising bunker market, it is unclear how fuel costs will impact operating margins in the coming months, and if earlier 2019 estimates prove to be accurate – the shipping industry was projected to incur an additional 60 billion USD in 2020 if it were to switch entirely to VLSFO.

Sanjeev noted the challenges for certain vessels such as Very Large Ore Carriers (VLOCs) which are making the transition from HSFO to VLSFO. “VLOCs typically receive bunkers once every three months, and their port stays tend to be unpredictable. Extra attention is needed to ensure the transition is carried out safely and optimally.

Theophanis pointed out a related challenge – the short time frame for preparing the fuel storage tanks to take on VLSFO. “Some charterers decided to transition to VLSFO only towards the end of December 2019. We trained our crew to carry out tank inspections and preparatory cleaning ahead of VLSFO bunkering, in a manner that is safe and efficient.” 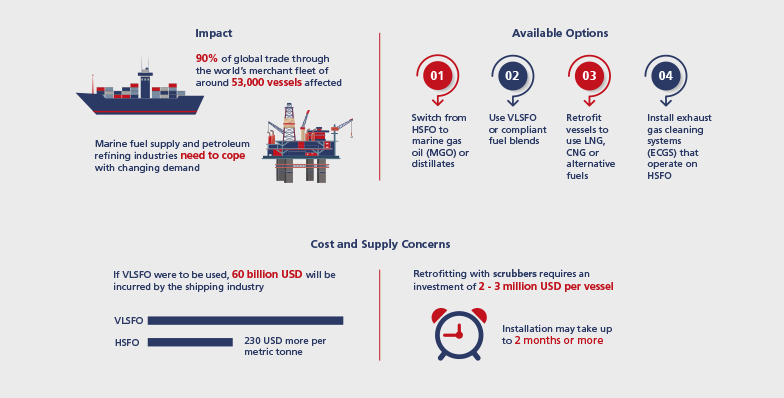 Taking the scrubber route entails significant initial capital outlay – retrofitting a vessel requires an investment of two to three million USD. Furthermore, the installation process can take up to two months, which may be further delayed by shortage of skilled labour and raw materials such as high-quality steel and chrome alloys.

Sanjeev noted that some ships are scheduled for EGCS retrofit only in 2020. “BSM India has three vessels that are scheduled for retrofit in the second quarter of 2020. These vessels will be required to operate on compliant fuel for about three months before reverting to HSFO. We will assist the affected ship owners by making timely notification to the relevant flag states and obtaining approval for consuming HSFO for the EGCS trials.”

“Since 2019, we have helped our customers choose the appropriate scrubber systems as well as plan and supervise the installations. To date, we have assisted with installations on seven vessels,” Sanjeev added.

The early stages of the new rule have largely been smooth, and predictions have been proven wrong thus far. However, the jury is still out on bunker quality issues and enforcement as the year progresses.

BSM is cautiously optimistic. As a professional third-party ship manager, we continue to closely monitor market and regulatory developments and advise our customers every step of the way.