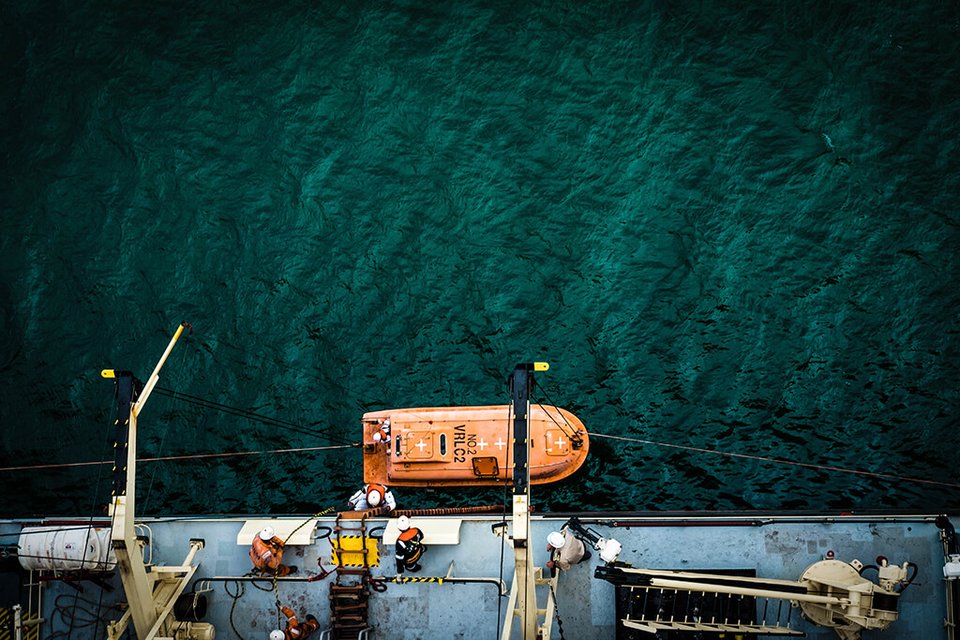 David Furnival, current SIGTTO President and Chairman of BSM, looks back on his company’s 50-plus years in gas shipping and almost 20 years of working with SIGTTO.

Bernhard Schulte was established as a shipping company in Papenburg, Germany in 1883, long before gas carriers entered service. Some 85 years later, in 1968, the company took on management responsibility for the semi-ref LPG carrier Cap Roland, newly built, coincidentally, in Papenburg. That transaction sparked an interest in the liquefied gas sector that has continued blossoming to the present day.

The company’s second LPG carrier, Fritz Haber, joined the fleet in 1972 and this vessel was followed by three owned, LNG- ready IMO Type C tank ethylene carriers in 1974. The 2,420 m3 Anna Schulte, Sophie Schulte and Lissy Schulte were advanced vessels for their time, capable of burning natural gas in their medium-speed main propulsion diesel engines. However, the construction of a gas pipeline between Libya and Sicily at the time obviated the need for their use with an anticipated LNG project and resulted in the vessels being employed in the LPG and ethylene trades.

The establishment of a number of wholly owned third-party ship management companies, commencing with Cyprus-based Hanseatic Shipping Co in 1972, accelerated the growth of the Schulte LPG fleet.

The provision of crew management services to Chemtrans, BP and Abu Dhabi’s National Gas Shipping Co (NGSCO) in the early 1990s paved the company’s way into the LNG sector. The LNG commitment was then developed into other services, including training for National Gas Shipping Company (NGSCO)/BP in the late 1990s and consultancy for Petronet in 2000.

Plan approval and newbuilding supervision services were added in 2001 when another Schulte Group company, Dorchester Maritime, was contracted by Spain’s Naviera Tapias, a new entrant to LNG, to support their 140,000 m3 membrane tank vessel newbuilding programme. The new Tapias fleet included one of the first LNG carriers to be built in Spain for over 30 years. Soon after the delivery of these vessels Tapias sold its LNG business to Teekay.

In 2000 Dorchester Maritime was engaged by Navigator Gas to take over the supervision and full management of their 22,000 m3 ethylene carriers being built at Jiangnan Shipyard in Shanghai. These were the world’s largest ethylene carriers at the time and established a relationship between the two companies that lasted more than 15 years.

At the same time Bernhard Schulte was building its own LPG and ethylene carriers at the Jiangnan yard. The fact that the group is still operating these ships 20 years later bears testimony to the fundamental quality of not only the yard’s first series of gas carriers but also the vessels’ gas-handling plants which were supplied by Tractebel Gas Engineering.

Crew training has always been a priority for the Schulte Group and the LNG sector has received a great deal of focus. This is particularly true during intensive periods of newbuilding deliveries when strong programmes of cross-training from the LPG and tanker fleet sectors are implemented to supplement the limited pool of LNG-experienced officers.

In 1991 Hanseatic Shipping formed a joint venture with Chemikalien Seetransport to adapt their 35,000 m3 LNG carrier Annabella as an operational training school. The vessel already had generous accommodation, and this was supplemented by classroom training facilities that allowed students to see both the theoretical and practical aspects of liquefied gas handling.

Benefiting from short voyages and frequent loading and discharge operations, and with the Schulte Group’s acknowledged gas industry expert Chris Clucas among the tutors, the school was a highly effective training facility that continued for more than a decade.

Having a large fleet of LPG carriers under management has provided Schulte with a strong pool of officers for cross-training in preparation for service on LNG ships. However, while liquefied gas handling was adequately covered with in-house computer simulators, the transition of navigating officers from small to large ships requires a different approach. In 2005 Dorchester Maritime collaborated with the Ilawa ship-handling centre in Poland to build a scaled manned model of a large LNGC.

The result was Dorchester Lady, a model provided with an interchangeable stern to enable the simulation of both single and twin-skeg propulsion arrangements. It is also possible to set steam turbine, slow-speed diesel and duel-fuel diesel- electric (DFDE) propulsion system configurations for Dorchester Lady. As a supplemental training to full mission computer simulation, the manned model has proven to be an effective and valued tool by the participating officers.

The number of LNG carriers for which the Schulte Group provides crew management services continued to expand when MISC awarded a contract for part of its LNG fleet in 2003 and NGSCO added four more in 2004.

In 2005 Dorchester Maritime partnered with Maran Gas, then another new entrant to the LNG sector, to provide a contracted service package which includes newbuilding supervision, specialised gas training for shore staff and crew and technical and crew management. Part of Greece’s Angelicoussis Shipping Group, Maran Gas places great emphasis on maintaining the high standards expected of LNGC operators by the industry at large.

As a result, the assimilation of the Dorchester Maritime service package by Maran Gas was a straightforward process. It included the cross-training of Greek tanker officers who have performed excellently in LNG service. The collaboration has helped Maran Gas develop into one of the industry’s leading independent LNG carrier owner/operators.

In 2007/8 Bernhard Schulte Shipmanagement (BSM), the new name for the four previously independent Schulte ship management companies, was awarded full management of four 216,000 m3 Q-flex LNG carriers jointly owned by Nakilat and OSG. The collaboration was successful and OSG, another new LNG sector entrant at the time, took control of the technical management of the vessels in 2012. BSM remains as crew managers of the quartet to this day. Similar collaboration arrangements were contracted with Greek shipowners Thenamaris in 2013 and Alpha Gas in 2015.

The Schulte Group acquired Pronav, the Hamburg-based LNG specialist ship manager, in 2017. Pronav has a long history of faultless operations in the LNG sector, including the newbuilding and full management of four Q-flex ships from 2004 to the present day. The Pronav fleet was supplemented with two full management steam turbine LNG carriers in 2012.

The completion of two notable LNG vessels in 2018 made it a milestone year for BSM. The company took delivery of both its first large LNG carrier, the 174,000 m3 Marvel Hawk, jointly owned with Mitsui and Co, and the innovative 7,500 m3 gas supply vessel Kairos, jointly owned with Babcock. Kairos is equipped with a patented gas-handing system that provides an unrivalled operating envelope. The award of a contract covering the full management of four 174,000 m3 LNG carriers owned by Flex LNG added to the success achieved by BSM in 2018.

The Schulte Group’s relationship with SIGTTO dates back to around 2002 when we first became members. Various of the company’s employees have been keen and consistent contributors to the Society’s work programme ever since.

Schulte staff have held the positions of Human Element Committee (HEC) member, General Purposes Committee (GPC) chair, Panel Meeting chair, Board Vice-President and President. We have also participated in numerous SIGTTO working groups, including those dealing with the revision of the International Gas Carrier (IGC) Code, emergency shutdowns, advanced competency training for LPG and LNG officers, the SIGTTO Matrix, the use of mercaptans, fire hazard management and steam engineer training.

The future of gas shipping continues to look bright for the Schulte Group, with confirmed contracts for the full management of both LPG and LNG vessels under construction. The current gas fleet comprises of over 100 owned and managed vessels and this is expected to rise to 130 by 2021/22.

It will be a challenge to develop the required resources both on board and ashore while meeting the high operational and safety standards defined by our clients, charterers, SIGTTO and the gas shipping industry as a whole. Nevertheless, it is one we are determined to deliver.