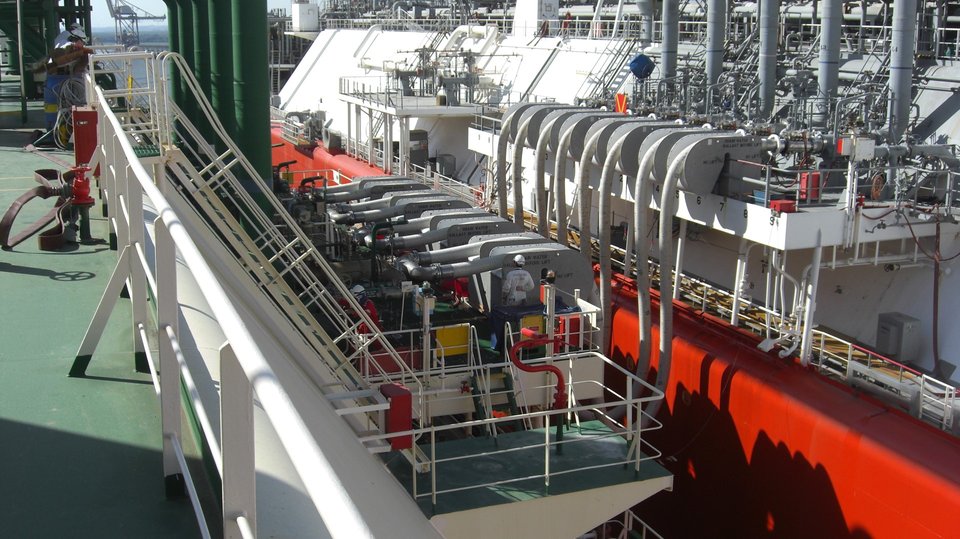 Building on its proven and extensive capability in the management of LNG carriers, Bernhard Schulte Shipmanagement could soon be managing and operating one of the world’s first LNG powered gas fuel supply vessel under innovative plans being drawn up by its UK operation.

The 18 month project, which should come to fruition in the second half of this year with the ordering of the first vessel, will give the consortium of companies involved in the project – the Schulte Group, BMT Titron and The Babcock International Group – first mover advantagein what will surely develop into a high growth sector in global shipping.

The use of LNG as a fuel for ships is high on the international agenda as more stringent vessel emissions regulations come into force and shipowners strive to find more cost-effective ways to power their ships. Indeed, a number of major container shipping lines have already started to consider LNG as a fuel alternative to conventional bunkers; a factor which will undoubtedly accelerate as owners and charterers look increasingly at their bottom line profits.

According to Angus Campbell, Managing Director of BSM’s UK operation in Newcastle upon Tyne, the use of LNG as a fuel for ships will be an exciting prospect for global shipping over the next few years.

“Yes the environmental credentials are important, but as you look at the world’s energy mix with more and more natural gas being found and produced, we are at a stage where there is a global market for gas as a marine fuel. And as market forces start to kick in, I think there will be a permanent cost differential between the cost of oil-based fuels and LNG, with gas being the cheaper, cleaner and much preferred option,” he said.

BSM UK has developed a high degree of expertise in the LNG sector, with a number of the team comingfrom this side of the industry. “There are many people in our office with years of experience in this energy sector. We have used this knowledge as a nucleus to create the Gas Fuel Supply Vessel,” Mr Campbell said.

He said: “Over time we are going to see the price of gas evolving in a different direction to the price of oil. We have a low world oil price at the moment, but I think volatility will kick in before long and that market drop will be corrected to a certain degree. But the fact that we can have a meaningful impact on a shipowner’s bottom line through gas as a marine fuel has already driven the major container lines and others to consider LNG for the next generation of ships.”

“All of this has to have an infrastructure; the gas has to be delivered and that is where I think the opportunity is for BSM to come in; we get a chance to develop a ship specifically for that purpose.”

BSM has been working with its technical partners to develop what it considers to be a unique vessel design which addresses the challenges of LNG refuelling in a way that perhaps no other design has. “We have approached the challenges of vapour return and boil-off gas in a slightly different way to the competition,” Mr Campbell said.

“It is a dedicated LNG carrier with gas electric propulsion and is extremely manoeuvrable with a specialised hull form and very good visibility and safety systems. We call it a Gas Fuel Supply Vessel (GFSV) because to call it a bunker vessel degrades its capability,” he stressed.

The vessel is designed with an unusual hull form featuring a low wash bow which is very similar to the Viking cruise ships you see being used for river use in Europe, enabling them to work in harbours and inland waterways at a reasonable speed without causing a lot of wake. And the fuel-holding capacity? Ranging from a very small 3500 m³ net up to 7500 m³ net which is the most discussed capacity at the moment. As Mr Campbell hinted though, the design could stretch to 13,000 m³ or 15,000 m³ “if needed to”.

Naval architects were careful to build a high level of sophistication into the design, while also ensuring the vessel was fully capable of deep sea operation. Safe delivery of liquefied natural gas demands significant design competence but when the vessel is being used to fuel other ships then the skills involved raises the bar a few notches.

As Angus Campbell emphasised, a conventional LNG value chain would typically involve loading a dedicated ship at a dedicated LNG terminal and then discharging at a dedicated discharge terminal. “When we enter the world of LNG fuelling, we are introducing variables into the situation. Yes the volumes are smaller, but there are simultaneous operations going on which have to be carefully managed. We are confident that our design and crew training programmes have fully taken this into account.

“Safety and uniform standards are going to be very important; it is a new sector so we want to get it right. The last thing we want is a battle with other designs to set the industry standard. As one of the pioneers developing LNG as a marine fuel, we have to get it right. There is no room for error. So by working closely with SGMF (Society for Gas as a Marine Fuel) there is a bit of joined up working going into all of this,” he said.

Crew training to ensure safe operation of the vessel is a vitally important aspect of the project. It will be the job of BSM to ensure it recruits and trains the right personnel to perform the refuelling tasks, manage the vessels and ensure the vessels are operated to the highest possible safety standards.

“The more we drill down into this the more complicated it becomes. It is a little bit counterintuitive because you have what could be known as bunker operation but technically it’s more complicated than most other operations that are performed in the LNG industry. A lot of planning has gone into the design and a lot of preparation has taken place, but at the end of the day it is all about the humans. We have to get that part of it right, and we look forward to the challenge of using all of BSM’s resources to ensure we create the right crews for these ships. This comes with a big responsibility as we have to make sure things in this new sector are done properly,” he said.